From Cornstarch Kings to Rustic Wedding Dreams...and some dairy cows in between

In 1842, Thomas Kingsford, a chemist and inventor of the process for manufacturing starch from maize, opened a small factory in Bergen, NY. It experienced immediate success and quickly outgrew its humble beginnings. In 1848, T. Kingsford & Son moved to Oswego, NY, and changed its name to The Oswego Starch Factory.

With a large manufacturing plant built along the river on West First Street between Erie and Ohio streets, The Oswego Starch Factory continued with immense growth and prosperity. In 1869, upon his death, the business was passed on to Thomas’ only son, Thomson Kingsford. Thomson continued in his father’s footsteps and built The Oswego Starch Factory into a world renowned brand. Shortly after Thomson’s death in 1900, the company merged with the National Cornstarch Company.

During its years of influence, the Kingsford family owned a considerable amount of property in and around the city of Oswego. One such property, where Curtis Manor currently sits, was used as a farm with an assortment of livestock and crops. As the Kingsford family passed away parcels of the land began to be sold. Enter the Curtis family in 1946, and the establishment of the Curtis Dairy Farm.

Becoming one of the first dairy farms in Upstate New York to have on-site pasteurization of its milk, the Curtis family continued the innovative spirit of its predecessor. They truly were pioneers of the trending “Farm to Table” movement! For 20-25 years the Curtis Farm was a premium supplier of milk for Oswego; delivering its bottles to homes, schools, restaurants and grocery stores. In the late 60’s, the Curtis family ceased production of milk and for many years the barn and outbuildings sat quiet and eventually fell into disrepair. Enter Anthony Pauldine and the establishment of Curtis Manor: Wedding and Event Venue.

Upon the 2017 purchase of the property, immediate action was necessary as the barn was sliding off of its foundation at a rapid rate. Thus began a two year process of renovating this well-loved farm and returning it to something in which the community could be proud. In order to honor its history and those that came before, Anthony chose to retain the iconic name and make historically significant restorations. While the main barns are fully operational as a wedding and event venue, there are still plenty of aspects of the property with unrealized potential...for now! Stay tuned as the vision for Curtis Manor unfolds!! 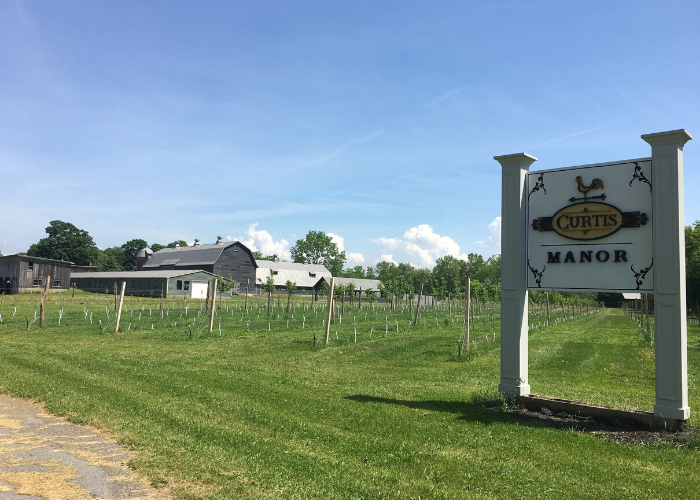 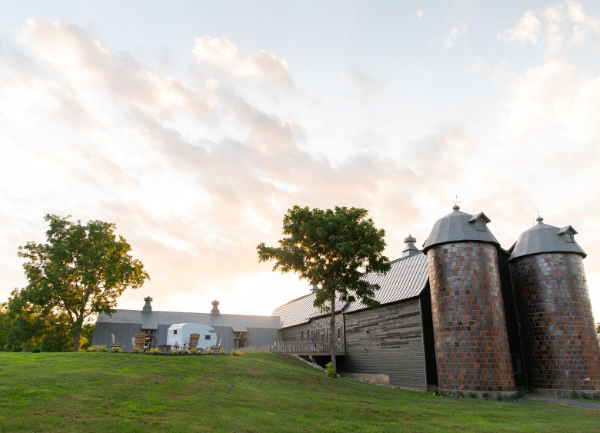 Curtis Manor offers different indoor and outdoor venue options for events of all kinds. The property features a pond with developing wildlife garden and a young apple orchard, both of which complement our outdoor ceremony area. The Pavilion, a 16’x16’ covered Craftsman style structure, would serve perfectly as your nature-inspired ceremony or community event site. Curtis Manor offers a second outdoor area that would be suited to host a casual reception, private party or corporate bbq. There are also two indoor barn venues for receptions and ceremonies, both providing all the well-worn charm you’d expect from a barn and all the conveniences of a modern facility. Curtis Manor is both RUSTIC and REFINED, from the authentic sliding barn doors to the newly installed HVAC system, from the exposed wood beams to the commercial grade vinyl wood plank floors. Even our walls have been upgraded with special insulation to improve acoustics. With the convenience of our guests in mind, we provide plenty of on-site parking and indoor handicap-accessible bathrooms. Our indoor and outdoor spaces can be customized with decor and seating arrangements to fit your wedding/event theme, tone, and guest count.

The barn and property at Curtis Manor provide a multitude of picturesque backdrops for your event. Whether it be one of our many rustic outbuildings, the natural elements of the apple orchard and pond, or the well-worn charm inside the barn, we're confident that your photos will be beautiful! 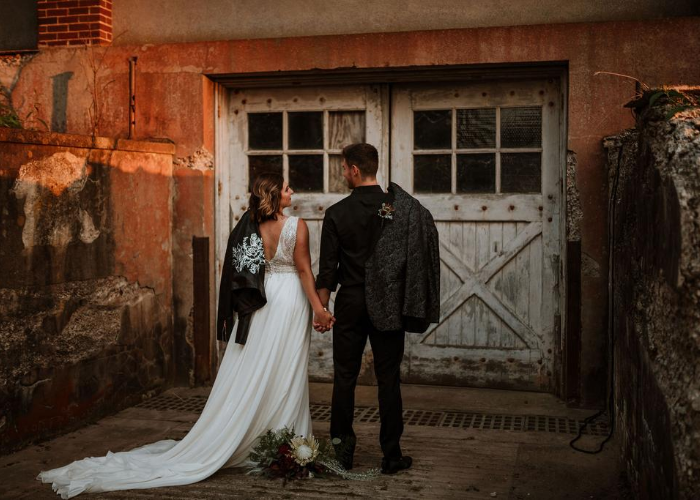